So Washington is our first stop on our road trip/travelling trip across the United States. What is there to see in the state of Washington? With a population of 6.9 Million, and surprisingly not home to Washington D.C, Washington is famous for its beautiful coastline. 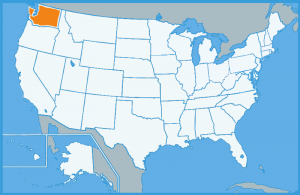 The Olympic National Park is host to a variety of wildlife, with nature trails and hiking trails and several places suitable for camping and caravanning. It is an excellent way to get in touch with nature in a protected environment, plus its beautiful landscape and stunning vistas will not go amiss in any traveller’s photo album. 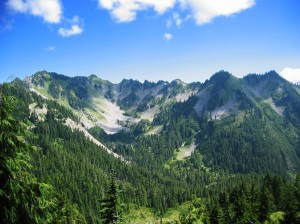 The Olympic National Park is a huge Nature zone, with a vast array of different species and plantlife. A full list of the species available to see in the National Park can be found here. Plus the Olympic National Park contains several historical relics that give visitors an idea of what it would have been like to live amongst the wilderness, with relics dating back as far as 12,000 years, where a spear head was found embedded in a mastodon. 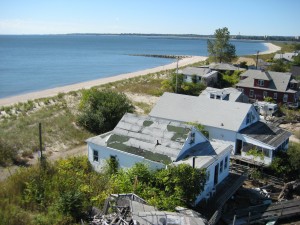 The state of Washington has a huge number of Ghost Towns situated within its counties. Most of these towns were only around for 10-15 years and sprang up due to an abundance in coal, gold or oil. These mining towns were normally very small, and abundant in the late 1800’s and early 1900’s, with normally one large convenience store and school for the miners children.

One of the ghost towns; Bossburg, was thought to be the home of a ‘bigfoot-like creature’ in 1969, when several hundred giant human-like tracks were found in the snow near the lake by Bossburg. They were thought to have been made by an injured Bigfoot, and was subsequently dubbed by locals as the ‘Bossburg Cripple’.

Next week, make sure to hire a rental car, because we’ll be heading a ways out east towards the state of Montana.