State number 9 on our Road Trip across the USA is Vermont, well known for producing that all important pancake topper; maple syrup. 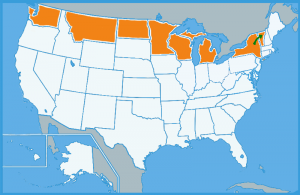 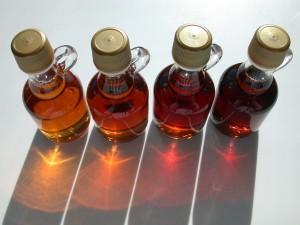 Towards the end of March 2014, Vermont is hosting a Maple Open House weekend, where you can take a tour of the state, visiting various Vermont sugar houses across the state to find out just how maple syrup is made. Some sugar houses even have small gift shops that allow you to purchase your very own jar of delicious syrup to take home! Used as a sweetener, as an ingredient in baking or to top oatmeal, French toast, porridge, waffles and a variety of other sweet snacks, maple syrup is essential to making a delicious, sweet meal! Book your tour today by having a look at which sugar houses are open around Vermont!

Vermont is a mountainous state, and is famous for a number of great hiking locations suitable for hikers of all levels, from beginner to expert. The central and southern Green Mountain range make up the oldest rocks in Vermont, formed over 1 billion years ago in the first ‘mountain building period’. The mountains produce a certain type of granite which has been used to build several buildings worldwide in places such as Germany and Hong Kong, making it a very popular form of granite.

Or if you are a fan of snow sports, Mount Snow is one of Vermont’s largest major resorts that offer a range of activities including skiing, snowboarding and even hiking up the mountain trails. Plus as Mount Snow is located near the town of Dover, a mere seven minute drive by hired car will see you flying down the slopes or enjoying the view on one of Mount Snow’s three different ski lifts. There is also accommodation available on the resort, if Dover town is too far away for you! With a number of Bed and Breakfasts, traditional inns and classy hotels located throughout the Mount Snow Valley, you will be spoilt for choice.

Plus there are a number of different restaurants, cafes and bars in the valley, all which benefit from the stunning views of Mount Snow. Take a few hours out to relax in one of the first class restaurants around Mount Snow Valley, before taking a dive down one of the slopes on your snowboard or skis!

Named after the English county of Hampshire, New Hampshire was one of the first British North American colonies to break away from Great Britain in early 1776 and was one of the original 13 states that founded America. It is also home to a large number of granite formations and quarries.