Tomorrow Saturday 15th March is National Corn Dog Day! A traditional American fast food snack, the corn dog is commonly associated with large sporting events in America among other popular snacks such as the giant turkey leg, the funnel cake and churros. The Corn dog consists of a hot dog sausage coated in a thick layer of cornmeal or cornflour batter, stuck on a stick and then deep fried until it is a nice golden brown. 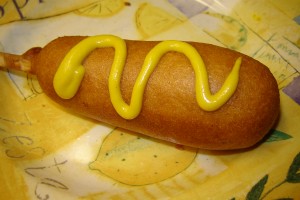 Corn dogs were first thought to have been introduced by German Texan sausage makers who applied for dipping, cooking and holding apparatus in conjunction with the deep frying of various foods on a stick. One of these foods was the sausage, and so the Corn Dog was created. The Americans are well known for their intense sporting enthusiasm and it is hard to get into the cheering spirit without a snack or two to keep your energy levels up.

The most famous event of the year for sporty America is normally the Super Bowl; the championship game of the National Football League which was held on February 2 this year. Each Super Bowl is played in a different host stadium, and a total of 22 different stadiums have hosted the Super Bowl so far.

The stadiums are chosen three to five years in advance and it is considered a pretty big honour to be able to host the Super Bowl. Wembley stadium has even occasionally been mentioned as a possible future Super Bowl host stadium, but so far the Super Bowl has not yet been hosted in a region that lacked an NFL franchise. 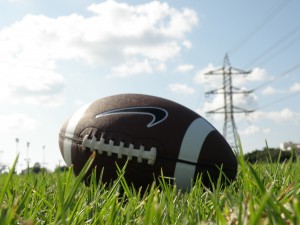 The Stadium that has played host to the Super Bowl the most frequently is the Louisiana/Mercedes-Benz Superdrome, located in New Orleans, Louisiana. Hop into a New Orleans hire car to take a look at this iconic stadium while you are on your next holiday to Louisiana.

Will you be taking part by supporting any of these events? Do you follow a particular American Sporting team and are looking for a way to take your patriotism that one step further? Corn Dogs are such a staple when it comes to watching sports in America, even if you’ve never tried one it is good to take the plunge just to see what you could be missing out on.