With a population of around 9.9 million, Michigan is the 9th most populous of the 50 United States and has gained several nicknames over its lifetime, examples being ‘The Great Lakes State’ and ‘The Wolverine State’. One of Michigan’s most famous landmarks, and one of the most easily recognised, is the beautiful and vast Lake Michigan. It is one of five Great Lakes of North American and the only lake that is entirely located within the United States. 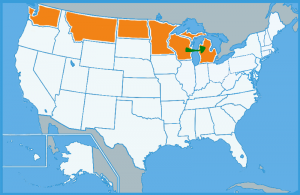 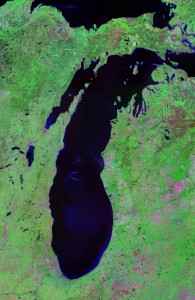 The shores of Lake Michigan are home to over 12 million people, with a number of cities, towns and small villages setting up shop by its sandy waters. Seasonal residents may even have summer homes around the lake, with homes they can return to in the colder winter weather.

Said to be one of the top 10 islands in the world, Mackinac Island is an Island frozen in time, where you can spend a few relaxing nights taking in the sites, and engaging in calming activities such as carriage tours and walks along the beach. For the more adventurous out there you can also go horseback riding and hiking.

The use of automobiles is banned at Mackinac Island, excluding emergency vehicles, so the air feels fresher and cleaner, and it is a great way to get yourself out and enjoying the world at a leisurely pace, instead of trying to whizz past it from the seat of your car. 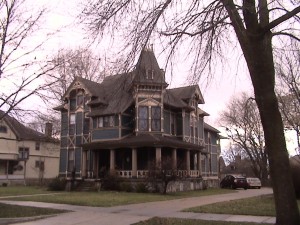 Between the cities of Chicago and Cleveland is a small urban city intermixed with a natural beauty. The Grand Rapids is built next to Lake Michigan and is known as ‘River City’ because of its location. It is home to a number of different theatres and stages, and is also the home of ‘Heritage Hill’ the country’s largest historic urban area, and contains over 1300 homes dating from 1848. Homes created from a variety of over 60 architectural styles, Heritage Hill is definitely a site to see.

Hire a Car for our Next Stop – NY or Bust

We travel way East to one of the most populous and famous states in America; New York. Famous for its landmarks and the bustling atmosphere of its token city, NYC, New York is a state that is steeped in its own traditional and cultural history.