Temples, Shrines, Mosques, Churches; sacred places have an eerie calmness unlike nothing else seen on this earth. In visiting some of the most sacred places in the world you may find out something new about a religion you previously had no interest in, you may be inspired to try something new, you may discover things about people you didn’t know before. Religion is a heavily influential thing present in most if not all modern and ancient societies, but religion has also built some of the most beautiful buildings we can see today. Here at Penguin we take a look at some of the world’s most beautiful sacred religious locations. 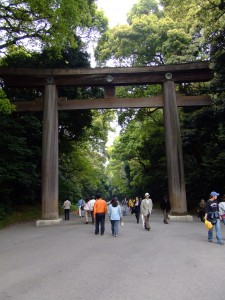 Built 100 years ago and dedicated to the spirits of Emperor Meiji and his wife Empress Shoken, the Meiji Shrine is located in one of the central areas of Tokyo, but is surrounded by dense, beautiful forest land. It is an ideal location to sit and meditate in peace away from the busy business life of modern day Tokyo, but it has all the modern amenities of being only 10 minutes away from a subway station. The huge archways built in the Meiji Shrine are over 40 feet tall and are carved from solid wood.

Considered as one of the finest examples of French Gothic architecture and known for its beautifully sculpted arches and stained glass windows, Notre Dame was first completed in 1345 and currently contains the official chair of the archbishop of Paris. The cathedral has 10 bells, all named, the largest of which weighs over 13 tons.

Located at the foot of the western side of the Temple Mount, the Western Wall is one of the most sacred sites recognised by those of the Jewish faith, second only to Temple Mount itself. It is a place where the thousands gather in their masses to pray and worship. It is often speculated how the giant stones of the western wall were made, but nothing is certain. Men and Women must worship and pray at separate sections of the Western Wall. 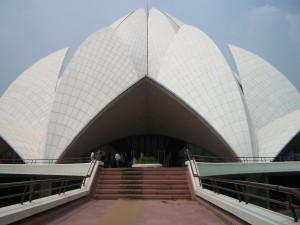 Serving as the Mother Temple of the Indian subcontinent, the Lotus Temple is so named for its flower-like design. The beautiful temple has won countless architectural awards. The temple is open to all regardless of religion or faith, and the Baha’i laws decree that the House of Worship is designed to be a gathering place for people of all religions to worship God without restrictions. Although Choir music is permitted, no musical instruments can be played inside the lotus.

Is there a temple or shrine that you would love to visit? Penguin car hire can help you get there with a hired car!